Exploring the Origins of Jehovah 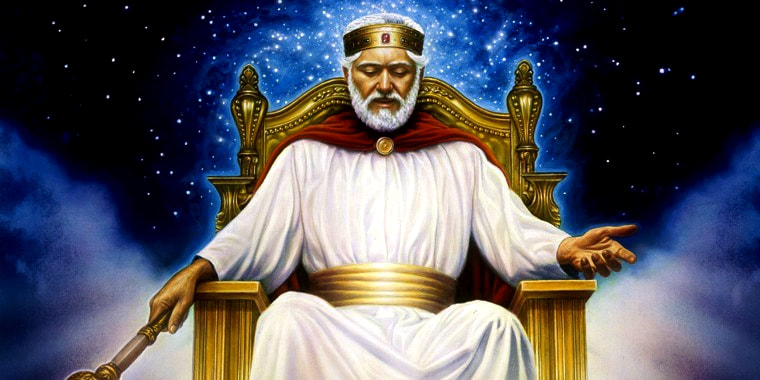 Son of the Goddess
Yahweh (whose first pictorial likeness was of a god with serpent legs), is herown son turned father - Baring & Cashford (The Myth of the Goddess)

Israelites Baffled
Analysis of the Old Testament confirms that the Patriarchs did not know God by the name or characteristics that were later revealed to Moses – Prof. Robert Feather - (The Mystery of the Copper Scroll of Qumran)


El Shaddai
Several of the El epithets referred to in Genesis in connection with patriarchal religion do indeed derive from the worship of the Canaanite god El (El-Shaddai, El-Olam, El-Bethel, and possibly El-Elyon).


Eventually, of course, the name El simply became a general word for 'God' in the Old Testament, and so it is found many times - Day

Features belonging to deities such as El, Asherah, and Baal were absorbed into the Yahwistic religion of Israel - Mark Smith

Israelites & Canaanites
The study of Canaanite deities in connection with Yahweh was inspired largely by the discovery of numerous ancient texts in the Levant, especially the many Ugaritic tablets discovered since 1929 at Ras Shamra on the coast of Syria. The Ugaritic texts, dating to the second half of the second millennium B.C., have provided extensive information about the religion of the Canaanites, the neighbors of Israel whom legal and prophetic texts in the Bible roundly condemn - Mark Smith

Thanks to the Ugaritic texts, scholars finally have a native Canaanite source to help reconstruct the relationship between Canaanite and Israelite religion - ibid

Despite the long regnant model that the “Canaanites” and Israelites were people of fundamentally different culture, archaeological data now cast doubt on this view. The material culture of the region exhibits numerous common points between the Israelites and “Canaanites” in the Iron I period (ca. 1200-1000) - ibid

The record would suggest that the Israelite culture largely overlapped with, and derived from, “Canaanite” culture - ibid

Canaanite Origin of EL
The Ugaritic mythological texts largely feature the deities El, the aged and kindly patriarch of the pantheon; his consort and queen mother of the divine family, Asherah; the young storm-god and divine warrior, Baal; his sister, Anat, likewise a martial deity, and finally, the solar deity - Smith

...indications are given that various occurrences of the name El in the patriarchal narratives are a reflection of Canaanite El religion - Day

...there is evidence that the dwelling place of the supreme Canaanite god El was located at the source of the river Euphrates - Day

The Patronym Israel
In favour of a pre-monarchic El religion among the Hebrews one may first of all note the very name Israel, meaning probably 'El will rule' - Smith

Israelite literature incorporated incorporated some of the characteristics of other deities into the divine personage of Yahweh...Numerous features of early Israelite cult were later rejected as “Canaanite” and non-Yahwistic - ibid

...there are occasions on which the Old Testament has appropriated El language when it speaks of Yahweh as creator - Day

In Ezekiel 28, as elsewhere in the Old Testament, El is equated with Yahweh himself - Day

...it would appear that El traditions could lie behind the garden of Eden story. This conclusion conclusion is further borne out by the Genesis 2-3 narrative, which, as will be seen below, places the garden of Eden/garden of God precisely where Canaanite myth located El's dwelling - Day

The thesis I shall defend, therefore, is that the garden of Eden—or garden of God, as it is sometimes called—derives from the dwelling place of El - Day


God of Mountains
The most likely interpretation of the divine name El Shaddai is 'El, the mountain one', with reference to El's dwelling place on a mountain - Day

El in the Ugaritic texts dwells on a mountain at the source of the rivers. There is a reference to the waters in the first oracle, but no mountain; it is the second oracle that refers to the mountain of God (Ezek. 28.14, 16) - Day

...there is a reference to the watery nature of the divine dwelling in Ezek 28.2 - Day

High places and practices pertaining to the dead, originally part of ancient Israel’s heritage, were criticized as non-Yahwistic - Smith


Origin of the Angels
Just as an earthly king is supported by a body of courtiers, so Yahweh has a heavenly court. Originally, these were gods, but as monotheism became absolute, so these were demoted to the status of angels - Day

Shaddayyin
References to the Shaddayyin allude to the company of Shaddai, the gods of Shaddai, or assembly of Shaddai, who gather on Shaddai's mountain; "the Mountain Ones" - Mtsar


God of Destruction
...but it is widely accepted that this is a later misunderstanding, possibly arising through association with Hebrew Sdd 'to destroy.' (Here for more...)

...that an epithet resembling 'el-Sadday, namely, bel fade 'lord of the mountain' is employed of the Amorite deity called Amurru; judging from such facts as that this deity is also called Ilu-Amurru and has a liaison with Asratum, the counterpart of Athirat (Asherah), El's consort - ibid

Anat
...the martial imagery associated with the goddess Anat was assimilated to Yahweh, although the goddess herself makes no appearance in Israelite texts; in this case, convergence of imagery is indicated - Smith

Israel's Uniqueness
It was Israel’s monolatry that led to the monotheism just before and during the Exile (587-539), when Israel explicitly denied the power of all other deities. Whatever influence other deities manifested in ancient, monolatrous Israel, scholars often considered them syncretistic, peripheral, ephemeral, or part of Israel’s “popular religion” and not its “official religion.” Israel was essentially monolatrous despite the threat other deities presented - Smith

Goddess Worship & Child Sacrifice
...Ugaritic ritual texts indicate this goddess was venerated at ancient Ugarit. Similarly, although Tannit was the most popular goddess in the Punic west - Smith

Many scholars have considered the references to the asherah in these inscriptions as evidence of Asherah as an Israelite goddess. The excavations at Carthage have transformed scholarly understanding of child sacrifice in Phoenician and Israelite religion. The recently discovered iconography from Pozo Moro in Spain perhaps provides provides depictions of the Punic cult of child sacrifice - ibid 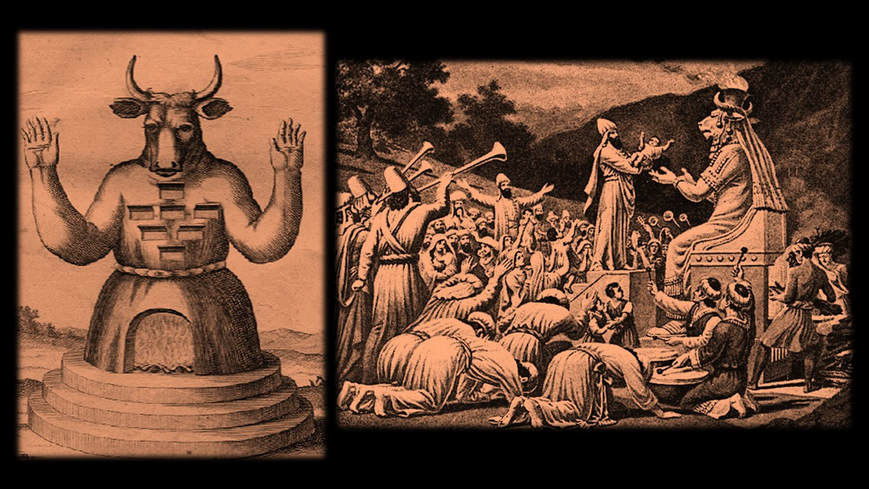 Yahweh's appropriation of El's consort, Asherah, fits naturally into this schema, and like the bull symbolism, this was something which the Old Testament rejected - ibid

Egyptian Influence
The grouping of gods into a ‘trinity’ was not evident in other religions, such as those in Syria. Thus when Syrian goddesses were adopted into Egyptian theology, they were combined as a ‘trinity’ of Kadesh, Astarte and Anath - Robert Feather (The Mystery of the Copper Scroll of Qumran)

Genesis 14:18
Abram and Melchizedek’s phraseology is, in fact, typical of that used in Egypt for the Supreme Deity - Robert Feather

Judaism & Atonism
I believe that Akhenaten’s legacy of monotheism had a much more profound influence on the Hebrews than has previously been admitted or realized. It is significant to note that the main fundamental tenets of Judaism are identical with those of Akhenatenism - Robert Feather

The Pentateuch makes no mention of any kind of separate world or afterlife and has no terminology for such a state. The idea of a ‘life to come’ was a much later concept, introduced by prophets such as Isaiah, Daniel and Ezekiel - ibid

Many of Akhenaten’s teachings and ideas can be identified in the Old Testament and in Jewish beliefs and practices and, to a lesser extent, in Christian, Muslim and other world religions - ibid